Jornal de Notícias | Maria João Bahia: “It was a pleasure to create the Golden Globes” 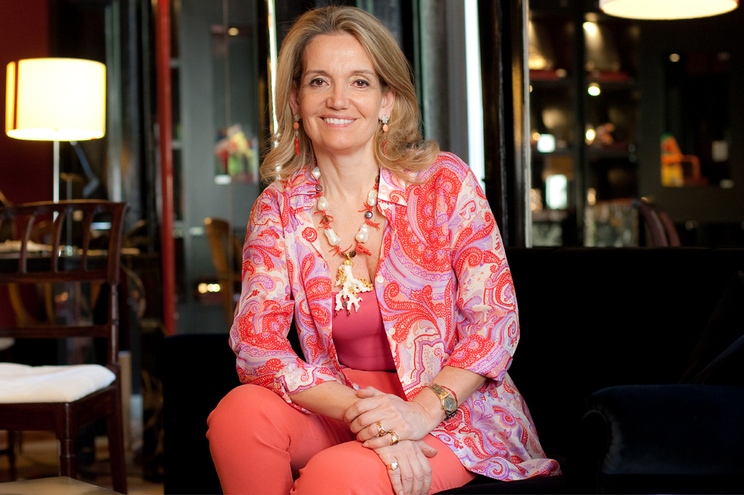 Jeweler, who conceived the SIC trophy, offered jewelery to Jane Fonda and made a shrine for Benedict XVI.

She was 20 years old when she gave up law university. “I would not be a lawyer. But I would accept international law for travel, to do things abroad.” She went to jewelery. She liked to work with her hands. Genetics at work? “My father was a sculptor [João Charters de Almeida], a professor of Fine Arts. I saw him working in the studio, sculpting clay. The artistic part is natural”.

It was with two artists that Maria João Bahia – the woman who conceived the SIC trophy for the 1996 Golden Globes gala – learned, in 1981, the art of jewelery: Manuel Alcino, in Porto, and Raul Ferreira, in Lisbon. In 1985, the practical internship led her to set up her workshop in the capital.

One year later, she was already developing a jewelry line for a Dutch company and created the Miss Wonderland crown. Then came many trophies related to companies, sports, gastronomy, musical theater. It has been a 30-year career that the jeweler is proud to remember, now focusing on the internationalization of its brand, with loyal customers and Internet orders from Australia, Indonesia, USA, England, South Africa, among others.

Maria João Bahia, 57 years old, starts working early in her atelier on Avenida da Liberdade, in Lisbon, trying to create designer pieces “for an elite of good taste”, but also for those who “want to immortalize moments”. “Only one jewel serves as a reference, as a memory”, she points out. And she knows what she says: her wedding ring was made by herself and bought in secret by her husband.

And what is it like to be aware that there are important people with something made by your hands, as is the case of actress Jane Fonda, to whom she offered a piece designed exclusively? Or Ramos-Horta, Nobel Peace Prize winner, who received his tribute work? Or Benedict XVI, Pope who took a reliquary in the centenary of the apparitions in Fatima? The artist replies: “It is a huge and very rewarding pride”.

About the history of the Golden Globes, the jeweler reports that it was the president of the Impresa, Francisco Pinto Balsemão, who asked her to create “a kind of Hollywood Oscars”.

“It was a pleasure to create this trophy. It serves to honor the cinema, fashion, personalities, in short, who stands out in each area. And it is a recognition in life, which I am very pleased with, because the honoree can feel gratitude”. And where was it inspired? “In national symbols, as for example in the Pattern of Discoveries”.

On September 29, SIC returns to the Golden Globes gala. And the replicas of each trophy carry a signature. Maria João’s. 24 years.